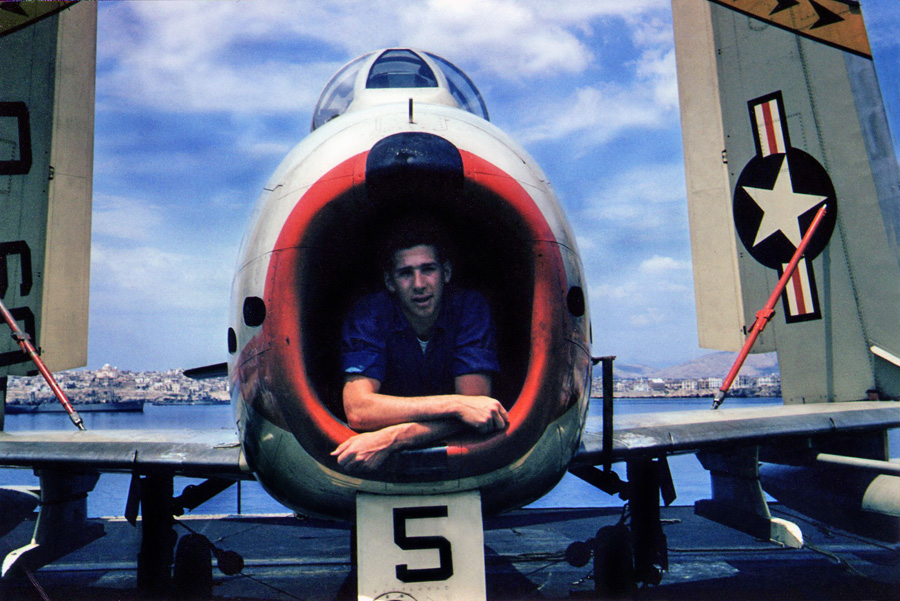 In 1957, Robert Caplan was serving as a plane captain on the flight deck of the aircraft carrier U.S.S. Forrestal. During preflight, he was pulled head first into the engine intake of an FJ-3 Fury jet fight plane revving at full power. Just months before, he had playfully posed for a photograph in the same intake.

He received last rites and experienced an extraordinary, acutely aware state of being, separated from his physical body.

Starting at an early age, while in and out of foster care, Robert had brief experiences of a reality beyond himself — precursors to his transforming ordeal.

Following this traumatic event, Robert became aware of the many peculiar, astounding and often humorous insights that began to emerge, from the moment he was pulled out of the jet intake and throughout the two and one-half years of his arduous physical recovery.

His emotional discovery has spanned more than fifty years. For much of that time, he has focused on creating a practical bridge between the seeming ordinariness of daily activity and the ongoing extra-ordinariness that exists within and beyond the material world.

Using simple metaphor and spontaneous humor, Robert recalls moments of longing and loneliness – from the age of four to the age of twenty – that led up to his transforming ordeal.

Many people yearn for the ineffable “something more.”  Some are simply spiritual seekers; some are dealing with grief, loss or illness; others have experienced a brush with death either through accident or war.

Whatever the motivation, human beings resonate with a transformative message of purpose, creativity and love. Robert Caplan offers such a message.

Through short film and open discussion, Robert tells his story in funny, surprising and fascinating detail. He invites the audience to explore the arc of their own personal life stories and to affirm the inner awareness that has always been present, waiting to be realized.

Using his story as context, Robert encourages his listeners to look inward to reclaim a trust in their own unique experience. He has presented to such groups as the International Association of Near Death Studies (IANDS), the Society for Scientific Exploration (SSE), churches, service providers and to caregivers at veterans and community hospitals.